A Healing That Blew Me Away…Almost Literally

A Healing That Blew Me Away…Almost Literally

On August 28, 2008, in early evening on the night of the Democratic convention held in Denver, my friend and I decided to do a healing on the planet, specifically on the United States. We’d never really done this before, and we said to each other, “Where two or more are gathered,” feeling that this might be a powerful thing to do together.

The presidential election was coming in November, and the nation was in shock from the biggest recession and housing market crash to hit America since the Great Depression of 1930. George W. Bush had presided for eight years, ignoring intelligence briefings, sitting dazed through the destruction of the Twin Towers, starting war with Iraq based on falsified information about weapons of mass destruction, using lawyers to “legalize” torture like waterboarding, perpetrating even worse torture at Abu Ghraib, and much, much more.

The country was reeling, and we needed help.

Statements came through in the session, like, “The truth is undeniable.” And, “All lies and untruths will serve the truth.” During the healing, Barack Obama became the Democratic party’s presidential nominee. The statement “Yes We Can” entered the national consciousness. Then, around 9:30 pm, the healing session came to an end when I literally passed out and had a minor seizure. It was a bit scary and I went directly to bed, but was awoken at around 11:30 pm by an extremely loud crash. The electricity was out, and when I looked outside, I could only see swirling trees in the monsoon winds when lightning flashed during the huge storm swirling around my house.

At morning light, the electricity still wasn’t on–then I walked outside. Power poles that were 40 feet high with power lines that were 4 inches in diameter had fallen across my street and my car was trapped in my subdivision. I had to walk all the way down the block dodging storm debris to catch a ride in order to get my son to school.

The electricity would be out and poles would not be cleared for three whole days. If those poles had fallen the other direction, my house would have been crushed, since it was right next to the street. It turns out we were at the virtual center of the weather microburst.

The MESSAGE was loud and clear to me. There is NO POWER that cannot be toppled. 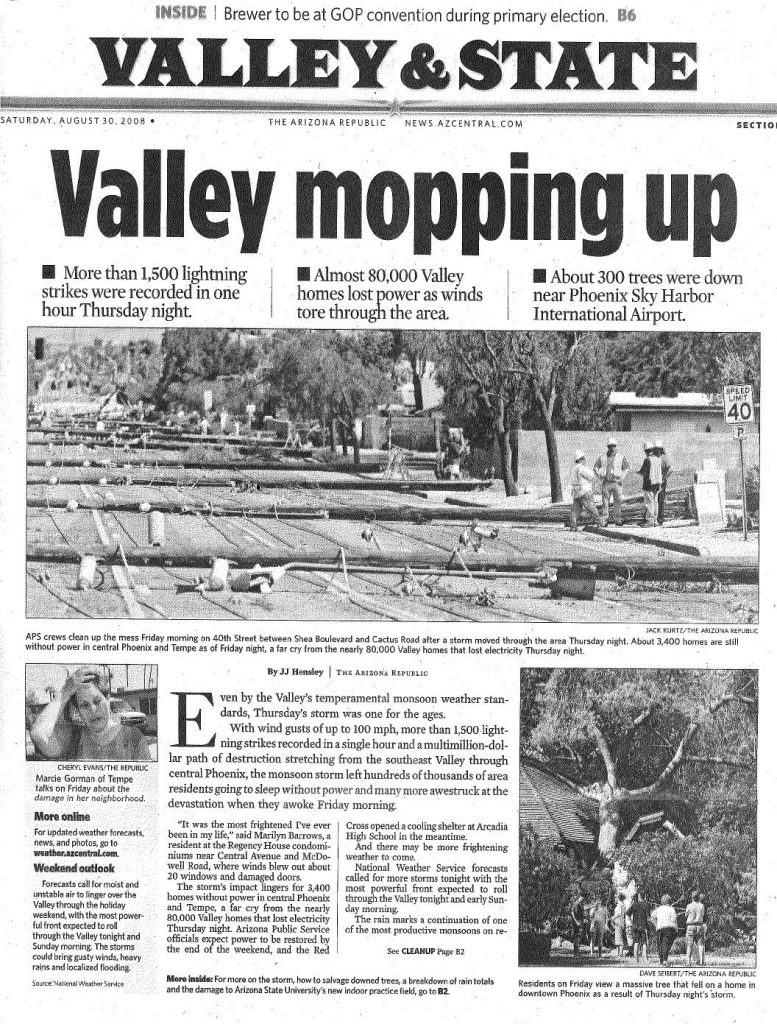 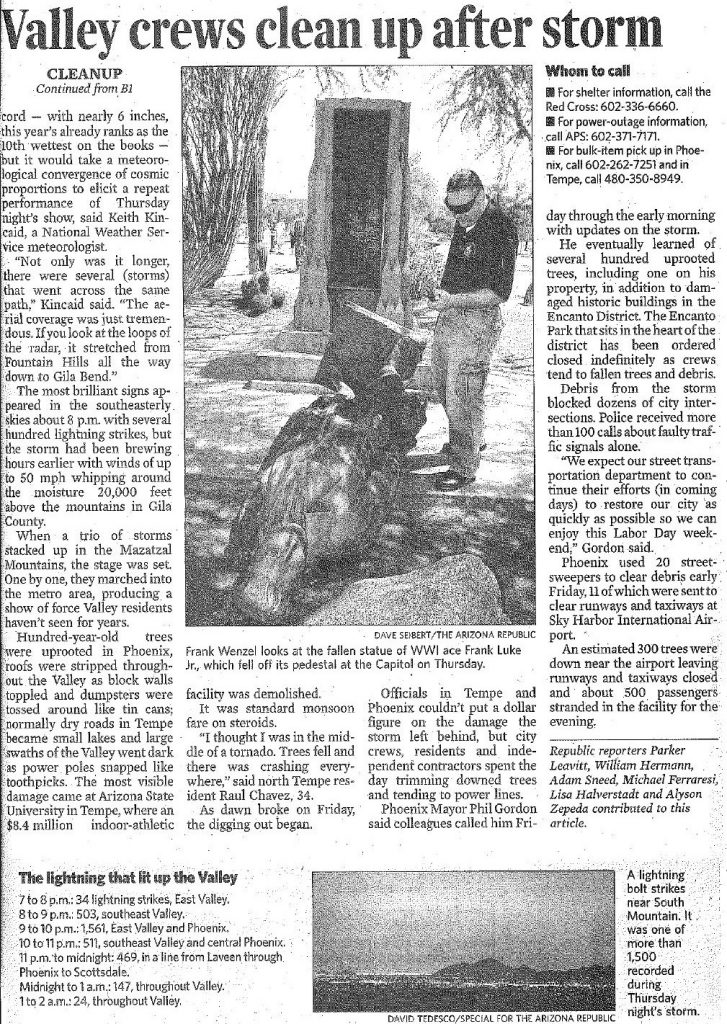