One time early in my work, a woman came to me suffering from multiple sclerosis. The disease had progressed to the point that she could barely walk, but together we managed at a slow pace to get downstairs to my basement healing room in Kansas City. We were about 45 minutes into her reading session when she began describing her boyfriend, a man who she began to explain had taken her to an emergency room where she first discovered she had M.S.

Suddenly without warning I had to cut her off, because I became ill. I had to abruptly leave the session, apologizing as best I could. I headed upstairs to my bathroom, where I began vomiting and passed out straight on my face, hitting the bridge of my nose on the tile ledge and bleeding from the cut. I roused myself and dragged myself to my bed. Without a cell phone there, I was inert and could not inform her that I was too ill to proceed. After what seemed like an hour, she slowly made it up to the door of my bedroom.

Instead of asking me what happened, or expressing sympathy at my awful appearance lying in bed and bleeding from the face, she immediately picked up exactly where she had left off in the session, describing her boyfriend and her symptoms which had prompted the emergency room visit which were: extreme nausea, fatigue and dizziness.

!!!! The lightbulb went off in my head, suddenly I put two-and-two together. I was being “attacked” on some unseen level. I immediately called in the energy of Jesus and the major Archangels, which immediately “cured” me. I sprang out of bed totally fine, and we went back down and finished her session downstairs.

As a result of this very early experience, I went on to study spiritual clearing work, and began incorporating protection into every session.

I never again did, nor do I do any session whatsoever without first calling in Spirit and getting protection. It is incredibly important, and I can’t stress that enough. This work is not a game or parlor trick. And besides, I don’t do any work myself, I just listen to what Spirit tells me to do–the Spirit of Golden White Light. 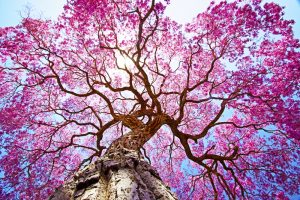 When Kailey first called me, I was unclear about which[...]

Your email is safe with us.